On behalf of the European Society for Health and Medical Sociology and ISCTE-University Institute of Lisbon, I am truly honoured to welcome you to Lisbon for the 17th ESHMS Biennial Congress.

Hundreds of participants are expected from all over Europe and beyond, thus proving the ESHMS biennial conferences to be one of the main events worldwide in the field of medical sociology and sociology of health and illness.

Under the theme ‘Old tensions, emerging paradoxes in health: rights, knowledge, and trust’, the congress aims to offer a forum for new insights into the tensions and paradoxes health systems are currently facing as a result of broad social and political transformations. These include climate change, migrations, economic crises, citizens’ quest for inclusiveness and freely deciding on their own lives, distrust of professional self-regulated work models and decisions, struggle for recognition and legitimacy by different professional groups, or the growing role of the market in the provision of care and funding of scientific research. Despite the progress of academic research in addressing these issues, the exposure of healthcare to the market, to politics, as well as to countervailing forces, rationalities and interests makes the renewal of this debate both timely and necessary.

Scholars from sociology and other social sciences, from the humanities and health sciences as well as policy-makers are welcome to join us and benefit from the opportunity to present and exchange ideas in Lisbon, ranked 12th in World’s Top Destinations by TripAdvisor 2016 Travellers’ Choice. Here you will find a safe and friendly city that is also full of life.

I assure you our commitment to provide you with plenty of good memories of the 17th ESHMS Biennial Congress.

Looking forward to seeing you in 2018.

The Host of the Conference,

The positive effect of comprehensive health systems on health outcomes, economic growth and well-being is generally acknowledged, just as of representative policies, scientific-based decisions and trust relationships on social cohesion and respect for political and civil rights in health. Not surprisingly, health policies have become more aligned with the needs of different social groups (e.g. migrants, ethnic minorities, women, LGBT) and of specific medical conditions (e.g. HIV, mental and age-related diseases). Regulators interfere more and more in professional work models and decisions to better control health systems performance and to enhance transparency, but so do empowered citizens in the defence of their rights as patients. Scientific knowledge is often called upon to improve the governance of health systems by providing clinical protocols and guidelines with evidence on effectiveness and efficiency. In short, it is long established that rights, knowledge, and trust stand closely together as related key dimensions in health.

However, events such as the ongoing global warming, the latest financial and economic crisis, or the increasing number of refugees have contributed to the growth of health inequalities in the 21st century, failures in the expected functioning of health systems, and disrespect for the strengthened political and civil rights. Health professionals have continued to play a key mediation role between evidence and users despite professional values, commitment and ethics are under growing criticism, hence a seemingly contradictory link between distrust of and dependence on expert knowledge. This paradox coexists with market-driven dynamics in which users are turned into consumers and, together with professionals, they are made accountable for individual decisions. The diversity of scientific and lay rationalities makes the different knowledge rather difficult to reconcile, and the expectation of certainty in evidence-based truth is virtually unattainable. More established health care professions and emerging actors including the so-named complementary and alternative practitioners compete for their own place in the production of truths, while empowered citizens claim the right to decide freely on important events concerning their lives regardless of experts’ evidence (e.g. death and birth). The role of private investors in R&D is also still not entirely clear with regard to public regulation and science agenda setting.

Therefore, recent social, political and economic transformations not only highlight that old tensions in health have persisted over time but also testify to the rise of new paradoxes linking rights, knowledge and trust, thus requiring renewed attention and discussion. 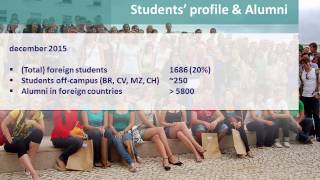